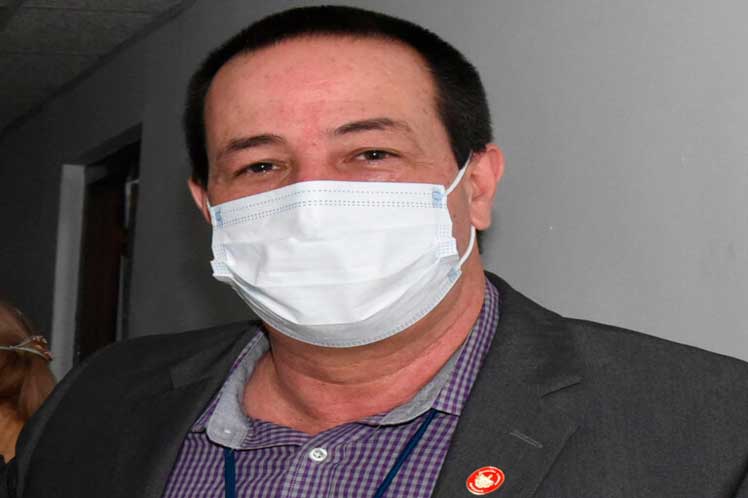 During the presentation of data on the PAMI in 2021 at the 8th Ordinary Session of the 9th Legislature of the National People’s Power Assembly (ANPP, in Spanish), the minister explained that births in 2021 decreased by 5,747 compared to the last year.

Regarding the Covid-19 pandemic, Portal explained that survival in pediatric ages remained at 99.9 percent, due to the deaths of 18 children.

On the other hand, the minister explained that the maternal mortality rate was 182.9 per 100,000, 171 more than in 2020. Of these, 126 were due to conditions such as obstetric hemorrhages, arterial hypertension, embolic phenomena, pneumonia, and 93 as a result of Covid-19.

Portal also pointed out that 6,810 pregnant women were infected with the SARS-CoV-2 coronavirus, and the survival rate was 98.3 percent.

“The most complicated period was between June and October; however, last month, with the mass vaccination of pregnant women, the cases in that group decreased considerably,” the minister noted.

In order to face the pandemic, 13,000 beds were set up in the country for children and adolescents, including 168 for the care of the seriously ill (805 infants) and critical patients (111), Portal pointed out.

In addition, another 1,700 were prepared to take care of pregnant women, including 432 women who went into a serious condition and 199 who were in a critical state of health.

“We must recognize that the situation was very tense in those months. Acquiring supplies for prioritized groups like these became exponentially difficult, especially due to the tightening of the economic and financial blockade imposed by the United States on our nation,” Portal reaffirmed.

The Health minister concluded his intervention by emphasizing that no matter how tense the situation in the country is, Cuba will never stop prioritizing health and plans such as the Mother-Child program.

“This year’s results are not what we are used to, but to improve them we have already drawn up new strategies and the PAMI will continue to be a fundamental pillar in our health system,” he stressed.

Cuba’s sugar harvest is going through a difficult stage

Cuba ratifies its commitment to quality education for all

Cuba’s sugar harvest is going through a difficult stage

Cuba ratifies its commitment to quality education for all

Radio – Publications  – Videos – News by the minute.
All Rigts Reserved.